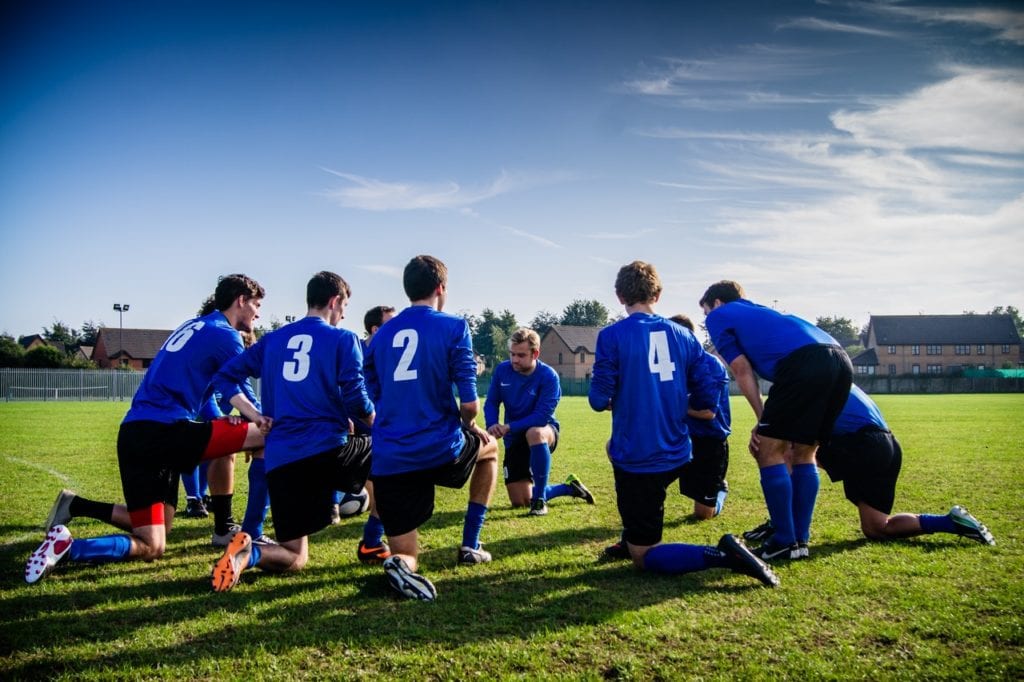 WhatsApp groups are now a major way of communicating in life, generally with a wide group of people. Work places have them, football clubs and often split by groups within the club, old friends groups, old school friends, new friends. I could go on, but you get the picture.

At Club Sport we have had many different groups – Corona on Saturday was one, Clubsport another and even Betting Fund. Ultimately, they’ve all discussed the latest football news, any nights out that had been organised, nights that had happened or were happening, relevant work information and a favourite area of discussion around kit embellishment. Amongst other things.

A Europa league encounter one evening involving Man United created a great level of interest within the particular themed group of the time. Their opponents on that night clearly had issues with how their badges, numbers and sponsor logos had been applied. To say they weren’t straight or in the proper positions would be being kind. Naturally this provoked lots of interest within the chat that evening. And humour.

At Club Sport we feel the decoration on a kit is so important in terms of turning a catalogue shirt into a great looking kit. Making the best of a poor sponsor logo, changing up number fonts regularly and generally just having a real level of pride in the shirt and how it looks going out of our door.

To that extent, traditional embroidery isn’t always the best option and we have regularly looked at heat applied woven badges, embroidered patches, vinyl crests. We are always looking at better ways to finish a kit. And that in itself brings problems. Sometimes heat applied badges don’t produce the results you expect. When it works it’s exactly like what say, a Barcelona, would have to finish their shirts. When it fails, and it has, it all can become a bit messi (sic).

So, to read recently that the new Everton replica shirt was going out in the post to customers with no badge applied to the left breast area, or any area for that matter, again drew some coverage in the latest WhatsApp group. At the same time the new Rangers product was going out with print design peeling off the garment and lying loose in the packaging. Amazing to think this can actually happen at the commercial level this two clubs are playing at. In both instances it was the beginning of new deals with the brands and clubs – not the best way to start a new relationship!

Yet it’s not all tales of woe on these messages. Man United’s new number and name font was heavily swooned at; Arsenals on the other hand was the ugly duckling in comparison. It’s true to say that at Club Sport we aren’t hoping for that particular kit to metamorphosise into a beautiful swan in the football context.